Friday Fish Fry Under The Freeway

TJ Carrie and Bruce Irvin learned about Chef Pat’s generosity through the Raiders and wanted to help.  They joined Chef Pat on a Friday after practice to help with the Fish Fry and talk to the people.  Moved by the experience, both players decided to sponsor the four Fridays in December as a way to thank Chef Pat for his service. 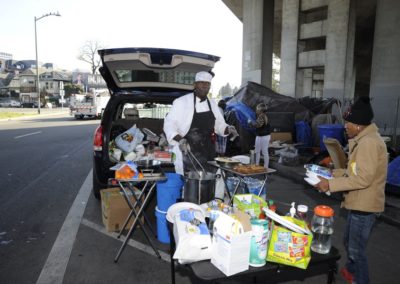 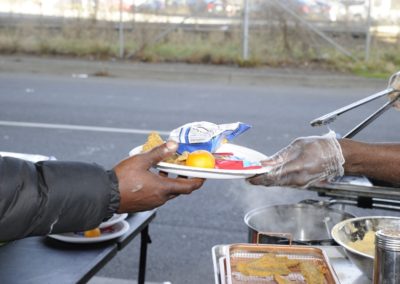 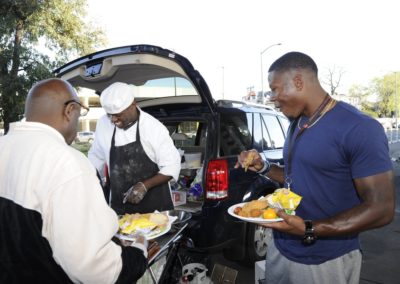 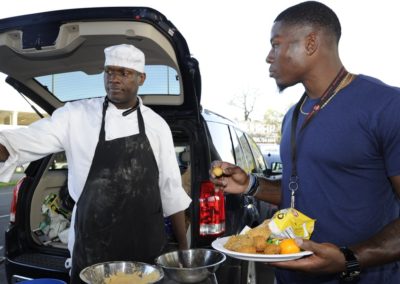 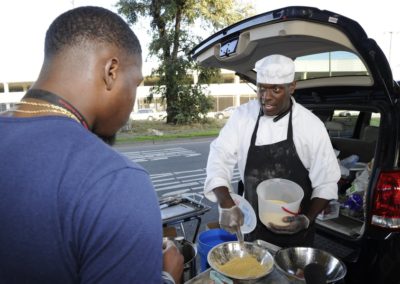 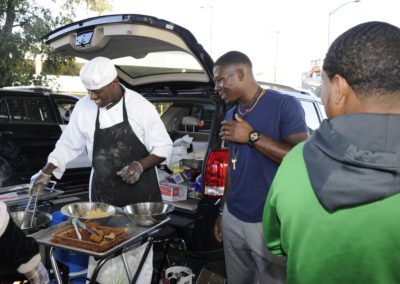 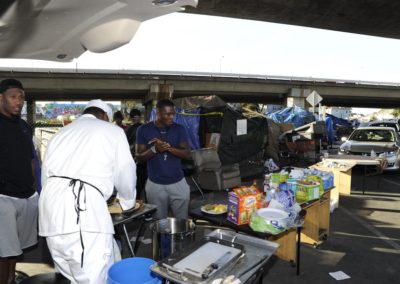 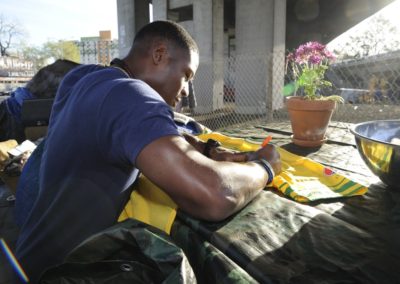 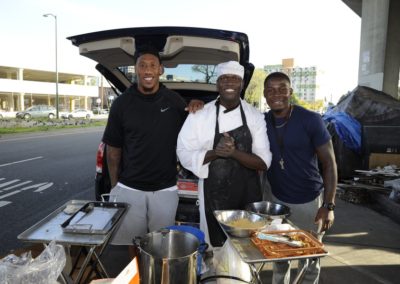 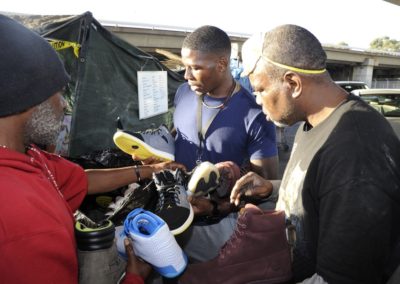 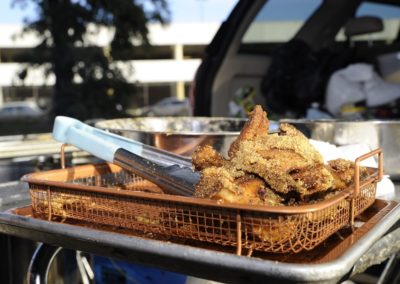 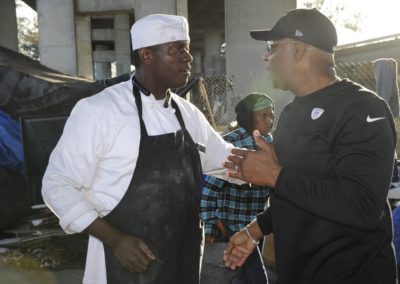